Make a spooky cement Jack O’ Lantern for Halloween out of cement and a plastic pumpkin.

Halloween, what a fun time of year. And if it’s a year that I don’t have a Halloween costume party to go to, that gives me a little more time and energy to put into decorating. Being a maker of all things cement, I thought I would try to create a cement Jack O’ Lantern.

Did you know the Jack O’ Lantern comes from a mythical ghostly Irish figure? Some guy nicknamed “Stingy Jack” tricked the Devil a few times. And when Jack passed, God didn’t want him in Heaven.

So the Devil got revenge by not letting him into Hell and made him roam the earth in the dark with a single burning coal to light his way. Who knew? I’m sure there’s a couple of lesson’s in there somewhere. ;o]

I really wasn’t sure how fun halloween decor would turn out and thought there might be a good chance this would go on the “Project Failed” list, but it didn’t! It only took two tries to get it right. However, the first try also turned out really cool, so I went a different direction with it, and I’ll post that project separately.

With this Concrete Jack O’ Lantern tutorial there’s a lot of separate cement mixing steps to this, but it goes quickly. I hope you enjoy it.

What Not To Do:

Don’t decide to forego gloves for mixing cement on any of these steps. Although I know what happens, this is what I did for one of the steps and had lovely pin sized holes on my fingertips where the skin melted away. Live and learn-again ;).

Some of the links on this page have been provided as a convenience for finding materials. These links may also be affiliate links. As an Amazon Associate I earn from qualifying purchases, at no extra cost to you. For each project, I do lots of tests and if a material or tool doesn’t work, I won’t list it. Click here to read my full disclosure policy.

Before starting the tutorial, it may be helpful to read my post comparing the different concrete mixes- Cement & Concrete Crafts Tests!

First, remove the plastic handle from the pumpkin by just giving it a tug.

Next, mark out the hole for the light on the bottom of the pumpkin by tracing around it with the marker.

Cut a hole in the top to fit the candle. For this, I used a heat tool, but a sharp utility knife would work too.
Start by making the cut just outside the line to allow the candle to fit easily. Do this outside the line using a little pressure and a bit of a sawing motion. Please be careful and cut away from your body and your fingers! Once you have the hole cut, carefully punch it out through the bottom.

Make sure the LED candle fits.

Step 3 | Cut Out The Rest Of The Pumpkin Parts

Do the same for the eyes, nose and mouth of the pumpkin. Go slowly here so you don’t tear through the parts that need to stay intact. The plastic in the face is thinner and will cut easily.

Step 4 | Fill In The Handle Holes

Use the hot glue gun to fill in the side holes where the handle was. Just put a small dab on both holes.

Next, cut a piece of the plastic bag into a circle shape. Make it about 2″ bigger than the top hole. Spray it generously with vegetable oil spray so that the cement it doesn’t stick to the plastic when you de-mould. This bag will prevent the cement from rolling out when you coat the inside.

Glue the plastic around the hole, allowing it to have a little excess space so that when you pour in the concrete it will puff out a little to round out the head. This doesn’t have to be perfect, you will be refining this later.

Use a paper towel to wipe off some of the oil around the edges of the bag where you will be gluing it. With the glue gun, place the hot glue about ¼” from the edge and start to attach the cut bag to it.

Keep going until it is glued all the way around. You may want to do a second run of glue to be sure it won’t leak. Then trim off any excess plastic, if there is any.

Mix the cement with water. I used about 4 cups of mix. Your consistency should be like a very thick milkshake. If it’s not super pourable, that’s okay, you can scoop up the cement and plop it in. Allowing it to be a little thick, will give you more control when the coating the pumpkin.
For this project, I wanted the pumpkin to be more rustic to make it a little creepy looking. To get this to happen, I left some lumps in the mix. Leaving lumps will create air gaps which will give you some pitting.

Turn the pumpkin upside down so the plastic is downward. Pour in the mix and keep turning the pumpkin to coat it inside.

Move quickly as this will start to cure fast. In some spots the cement won’t want to stick, so just use your hands to scoop some onto those spots and to even it out inside.

Let the cement fill and puff out the plastic bag. If you miss some parts of the pumpkin, it’s okay this will be refined in the next step.

Let the pumpkin rest on the wide mouth container with the bag inside to let it cure properly.

Using paper towels, wipe off any cement that has dripped over the edges of the openings. This will make it much easier to de-mould (I made the mistake of not doing this as you can see in the photos). Let it cure for an hour.

You want the pumpkin to be fully coated and the area around the face to be thick so it doesn’t break when de-moulding. So mix up a slurry of cement, which is just a thin coat of mixture, so that you can skim coat it. Pour it into the pumpkin and roll it around.

You may need to use your gloved hands to hand apply the cement in order to coat the areas around the face. Now, let it cure.

Step 8 | Demould The Cement From The Jack O’ Lantern

***UPDATE*** Since I originally posted this tutorial, I have discovered the magic of a heat gun.

I used a heat tool to start removing the plastic because I didn’t have a heat gun. If you have a heat gun, I recommend trying that first. It will be a little easier than slicing it with the heat tool. Just run the gun over the pumpkin back and forth to release the plastic from the cement.

Once you have a long slit to work with, put the blade under the plastic skin and pull upward and slice sideways, continue to cut across the pumpkin. Keep pulling up with the blade so you don’t scratch the cement. You may need to repeat this near the face as well.

Once you get it opened far enough, you should be able to easily pull the plastic away like you are peeling an orange.

Step 9 | Create The Base For The Stalk

Next, mix up a little bit of cement into a thin slurry again and coat the top of the pumpkin where the stalk will go. Just pour it on top so it fills in and rounds off.

After a few minutes, take a toothpick and duplicate the lines from the pumpkin so that they look like they continue into the top. Let it cure.

Once the top of the head has hardened, take the remaining part of the plastic bag and cut a rectangular piece and spray it with the vegetable oil spray.

Mix up some more cement, this time thicker, let it cure about 5 minutes so it is more mouldable. Plop it onto the bag and wrap it.

After a few minutes, when the cement is starting to stiffen a bit, put the folded end on top of the pumpkin head and smush it at the base so that it flattens some and fits the head.

You have about 15 minutes where you can play with this before it sets, so you can get the right shape and fit. Let it cure about an hour.

Once the stem has cured, glue it with construction adhesive. It should fit the pumpkin head nicely and hold easily while the glue cures. After 24 hours, it will be permanently adhered.

Add the three AAA batteries to the candle light, turn it on and insert it into the pumpkin.

I love the way this turned out! What do you think?

Don’t forget to pin it! 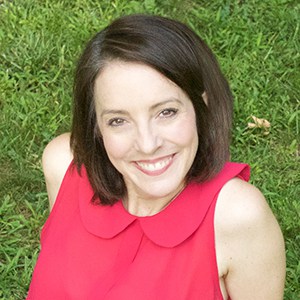